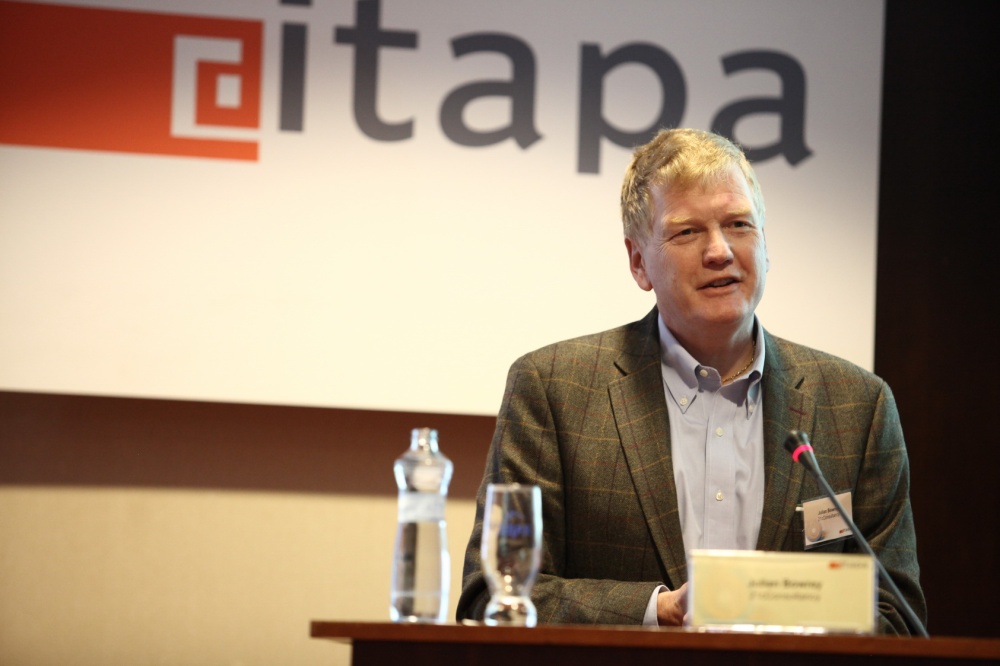 When the President of the Republic calls the government web portal a “sad memorial of the internet age” I knew the 14th ITAPA conference in Bratislava last week wasn’t going to be a triumphant procession of speakers acclaiming the success of their digital government projects. In fact, throughout the event there was a refreshing willingness on the part of Slovak colleagues to be self-critical. And this openness made the undoubted successes even more laudable. Among many excellent digital government projects showcased, I was particularly impressed by the Ministry of Justice projects on implementing an Electronic Identification Card and electronic tagging of offenders as well as the digitisation of the Museum of the Slovak National Uprising.

Overall the conference themes very much echoed the concerns of digital government professionals worldwide: utilising the cloud, online identify management, cyber-security, marketing and take up of digital government services including the role of the digital community to promote and act as advocates for these new services.

It was also fascinating to see the impact of Estonia as a comparator and driver of change for Slovak colleagues; notwithstanding the Baltic republic having a 15 year start on Slovakia and one quarter of the population. This healthy competition was clearly a spur to local digital government projects.

Several speakers addressed wider issues of building digital capacity within society. Some of this obviously related to economic modernisation and improving productivity, but also recognising the importance of improving digital skills to build a strong civil society. Dion Rudnicki of IBM spoke about the need for “U shaped” government; top-down from government to citizens then per to per exchange followed by bottom-up message back to government. A message that complemented my talk about the need to make our “smart cities” citizen friendly and fun as well as efficient. And to be investing as much in “smart citizens” as in “smart cities”.

The final plenary session introduced by the Minister of the Economy concluded the conference on a positive note. Looking forward to the next programme phase running until 2020, participants prioritised promoting use of the new digital services, capturing and managing existing data better and making better use of data analytics to personalise new services. Two other emerging themes were building services for smart phone and mobile, and, crucially, keeping existing teams together to build momentum for change. It was a really interesting and enjoyable event with some really powerful insights.

So why was the President so critical? Is he a fan of GOV.UK and wants to chivvy his Ministers and officials? Probably, but more tactically there is a general election in March and perhaps the President was also surreptitiously limbering up for that campaign?